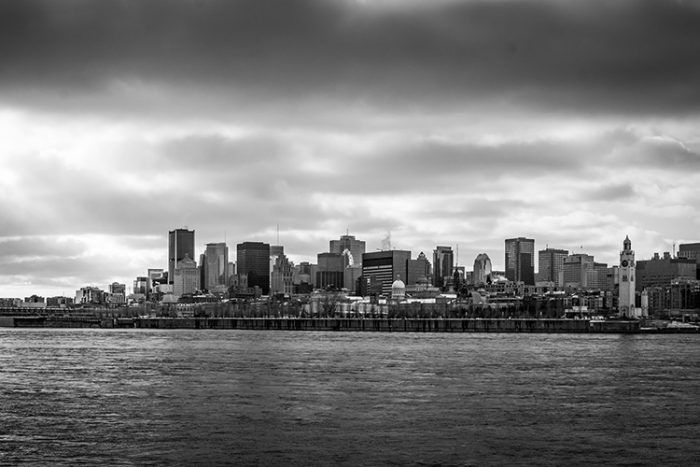 The Future of Cities

Cities used to grow by accident. A settlement where two rivers converge or where the farmland was particularly rich. Take Montreal, which celebrates its 375th anniversary this year. It began as a fur trading post and as roads, houses and neighbourhoods were added, it organically expanded to cover the whole island.

These days, we take a much more planned approach to development and construction - a 21st century innovation. But with the increasing availability of data, the progress of AI and design, the question is: what will our cities look like in the next century?

“It’s something we think a lot about in the real estate construction industry,” says Dario MONTONI, founder and CEO of MONTONI. “How do we use the data we’re given? How do we design timeless buildings that still incorporate emerging technology like driverless cars? It’s an ongoing conversation.”

We spoke to Victor Char, MONTONI Urban Planner, about what some of these future cities might look like.

How is technology changing the way architects and designers build places to live and work? How do you think this will affect the cities of the future?
Cities need to be much more adaptive, connected and tech friendly - both to serve the needs of inhabitants and also to use data to better understand their needs. I can see a hybrid model where municipal entities will work with private technology developers. It’s already happening in some cities like Seattle, which has a dedicated innovation team to use emerging technologies and data-driven solutions to tackle the city’s issues.

How do you think the increasing availability of data will change the way buildings and cities are designed?
The democratization of the internet is one of the biggest innovation in human history. So designers will need to reimagine the way we use public spaces like libraries and universities. They will need to design gathering spaces that attract people to interact and share knowledge instead of just feeding it to them on endless racks.

How do you think digital innovation will change the construction industry in years to come?
People are interested in built environments that are self-monitoring, sustainable and adaptive. Making this happen in a widespread way will be a challenge for the construction industry in the coming years. But I really believe a smart, responsive building will be the new face of innovation for construction. The industry will have to adapt to make sure a building is not just a body, but a body and a brain.

If you could design a brand new city from the ground up what would be the most important things to keep in mind?
Transportation would be the number one thing because it’s the center of a how a city becomes more livable, beautiful, efficient and economically healthy. Reducing the space and importance of cars in favour of efficient, active public transit would be a game changer for a new city.

You would have so much extra space and resources to devote to other things as well. Roads could become public parks, universities, museums. Just look at the Highline in New York or the Boston Greenway.

What is an issue that cities have that could be solved or mitigated through design?
Most of the issues we’re facing in the 21st century are problems created by the design mistakes of the 20th century. These days design and municipal by-laws are much more aligned. Municipalities review projects to make sure they’re well-integrated with existing built environments. And this kind of synergy means cities are increasingly more integrated in terms of design. And I think this will continue to happen. For so long architects really only considered the tree, but now urban planners and architects will need to think more about the whole forest.

MONTONI’s new program - Distinction by MONTONI - really emphasizes the importance of the intersection between design and employee wellbeing. Do you think this will become the standard for designing workspaces in the future?
More and more, the data shows how an employee’s wellbeing is directly impacted by the design of their built environment. When a workspace is well-designed, productivity levels and happiness goes up. It even helps companies attract top employees. I think programs like Distinction by MONTONI, which really focuses on data-driven design and employee well being, are groundbreaking today but will become standard in the future.

All to say, the future of cities looks bright?
Yes, I think so! We have the tools and technology at our fingertips to design some really exciting things. Cities are ancient, but really the work is just getting started.