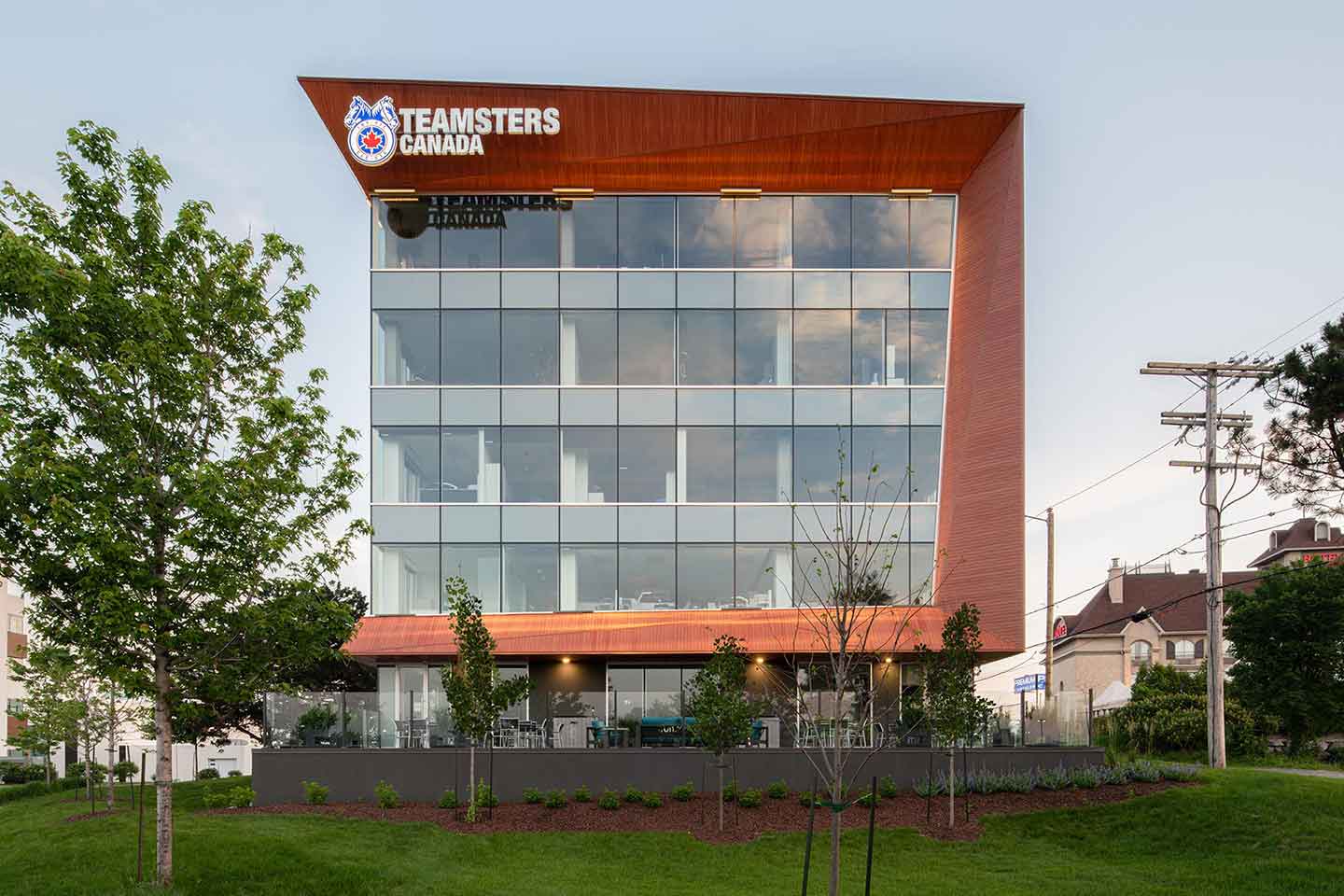 Teamsters, on The Cutting Edge of Sustainable Development

For MONTONI, the quest for innovation is key to staying at the forefront of the latest trends. This desire to get off the beaten path is what led the Laval-based property developer to create its DISTINCTION program, which aims to maximally reduce the impact of every building while keeping in mind occupants’ well-being, as well as keeping costs reasonable.

The program pairs the efficient, integrated management of building systems with technologies that contribute to improving the lives of occupants. Through the efficient management of the environment, use of ergonomic work spaces and automation of processes, the everyday experience of users is optimized, reflecting the organizational culture of the company.

In November 2018, MONTONI delivered its first building conforming to DISTINCTION standards to Teamsters Canada, a Canadian labour union founded in 1976 that represents over 125,000 members across the country in the transportation, production, hotel and service industries, and which is also a Canadian affiliate of the International Brotherhood of Teamsters (IBT).

Located at the corner of Maurice-Gauvin Street and Saint-Martin Boulevard in Laval, the building has a total of 37,000 square feet spread over five floors, underground parking and a four-season terrace. Teamsters Canada is the sole owner and occupies the two upper floors, while the three lower floors are occupied by Desjardins’ administrative services, PBI and People Corporation.

This building erected beside the Laurentides Autoroute stands apart thanks to its audacious design by Rocioarchitecture. Its notable architectural features particularly include an aluminum canopy with a wood appearance that is equipped with LED lighting, a feature that was the object of rigorous photometric analysis.

In addition to embodying a harmonious architectural concept, the new Teamsters Canada office features superior energy efficiency, as defined by the DISTINCTION program. Several environmental initiatives were deployed in order to optimize energy performance, including the use of low-VOC (volatile organic compound) materials, which improves air quality. Furthermore, through the  installation of high-performance plumbing appliances, over 200,000 litres of water will be saved annually.

Construction began in March 2018 and the building was delivered in November 2018.